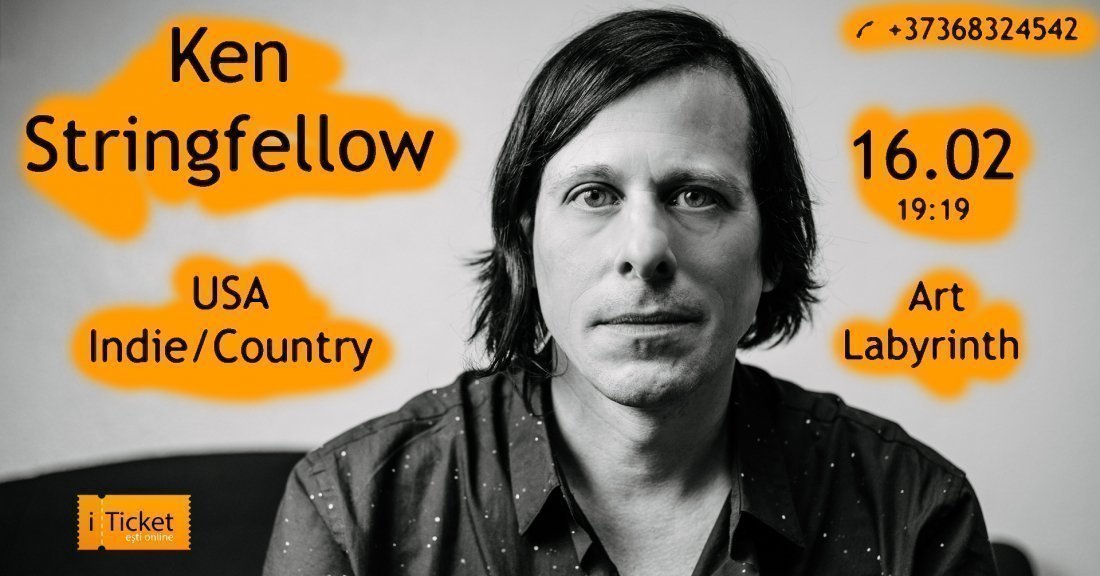 Ken Stringfellow -- a fixture on the music landscape, indie and otherwise, since the debut of his band The Posies in 1988, Ken Stringfellow has over a quarter century of experience as a performer, composer, producer, arranger, programmer and more. In addition to his 8 albums with the Posies and 4 solo albums, Ken spent a decade touring and recording with R.E.M.; he was also involved in the rebirth of Memphis cult band Big Star, playing with Alex Chilton and Jody Stephens from the band's first reunion shows in 1993 until Chilton's death in 2010.

This time, here in Kishinew, Ken is going to create interesting mix of indie-rock, country, folk and even some western balads and songs. These are part of his solo-albums, also will be performed songs from his band the Posies, and familiar songs by artists Ken have worked with (including Neil Young, Big Star, The Beatles).