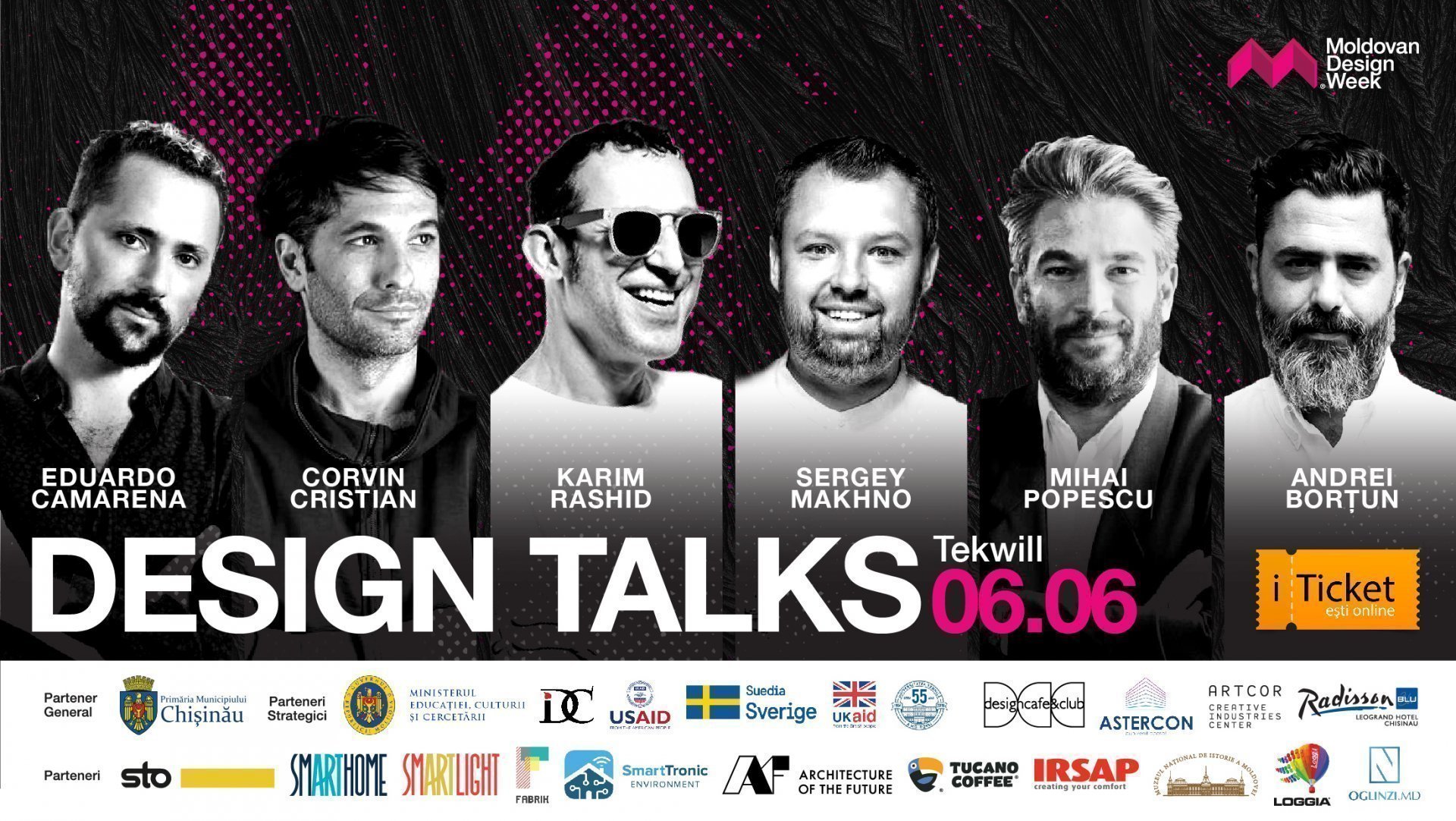 For the second edition of Moldovan Design Week, we have prepared an exceptional Design Talks and we bring to your attention specialists whose works are worldwide well known. Designers, architects and other creative industries will get on the stage to share their experience with you.

On 06.06 at Tekwill, Design Talks will present probably the best line-up of international speakers in the creative industries.

On June 6, you have the chance to listen and learn about design, architecture and art new thoughts from some of the world's best and most respected international creative industries.